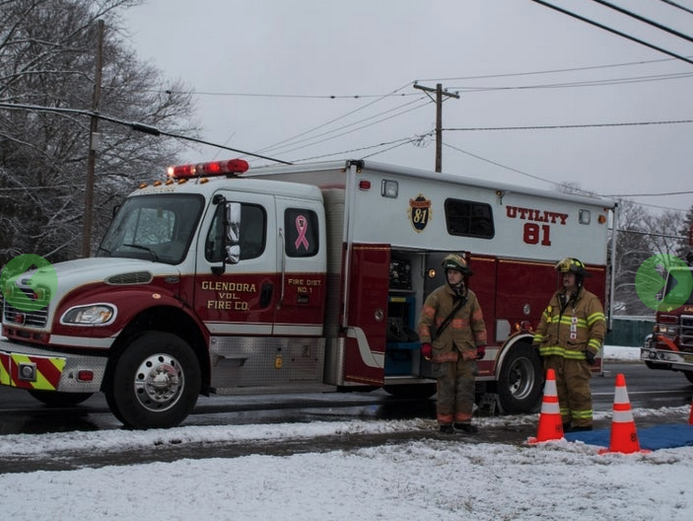 Firefighting brings fathers and kids together. More volunteers are needed.Training & gear are free. Start a family a family tradition!

Firefighting Families Celebrate Father’s Day by Protecting and Serving Together

Gloucester Township–Serving as firefighters brings fathers and their children together. This Father’s Day the Firefighters of Gloucester Township, a recruitment initiative run by Glendora, Chews Landing, Blenheim and Erial fire companies, is giving a shout out and big thank you to some local firefighter fathers and sons who serve together protecting lives and property in the township.

Keeping a Family Tradition Alive
Both Alex Sims, 46, and his son, Alex Sims Jr., volunteer at the Glendora Fire Company, taking part in their family’s heritage while having the satisfaction of serving their community.

“I feel good that he joined due to the fact that it’s a family tradition,” said Alex Sims, Sr. “My father (the late James Sims Sr.) was a firefighter in his time,” volunteering at Friendship Fire Co. No. 1 in Woodbury. He also has two brothers in the fire service, Brian Sims with Mount Ephraim Fire Department and David Sims with the National Park Fire Department.

It was watching his own dad that prompted Sims to join the fire company.

“When I was growing up we lived behind the firehouse,” said Sims. “Seeing him run out the back door inspired me to do it.”

For his part, Alex Sims Jr., 18, said his father is “the reason why I joined. Running with him is awesome.” Sims Jr., who just graduated from Triton High School, joined the fire company at 16 as a junior firefighter. He currently studying at the Camden County Regional Emergency Training Center to obtain the Firefighter 1 rank and he also plans to attend Camden County Community College this fall to study emergency and disaster management. Knowledge that he’s gained from serving as a firefighter will likely help him with his studies, Sims Jr. said.

“It’s a learning experience,” said Sims Jr. “I get to hang out with people I wouldn’t ordinarily hang out with. And I love helping people. When everyone is running away from a fire, I get to help put it out.”

Alex Sims Sr. works in building maintenance. What appeals to him most about being a firefighter is helping the community and “helping people when they’re at they’re worst.”

He’s been the fire safety officer for Glendora for3 ½ years. He likes to get involved with helping people in the community prevent fires and also goes into the schools to talk to kids about fire prevention.

The fire company is “more of an extended family,” said Sims Sr.

“You might be down but they gather around and support you.”

Sims and his wife, Heather, are also the parents of two girls, Jamie, 16, and Malinda, 13. Jamie is also thinking about joining the fire company, her dad said.

Like Father, Like Son
“My son is alive today because I was a volunteer firefighter,” said Gary D. Smith, 58, the former chief with the Blenheim Fire Company. Jonathan W. Smith, 29, was in diapers when his dad was putting together a glass topped table. Unbeknown to his dad, the younger Smith put one of the pieces into his mouth–a rubber grommet. He started to choke and began turning blue.

“If I wasn’t a firefighter, my son would have died that day,” said Gary Smith. But his first aid training kicked in. “I picked him up, turned him over and gave him three whacks between the shoulder blades and it came flying out, along with the (contents of the) last bottle he got.”

“Never in my wildest imagination did I think that being a volunteer firefighter would have such an impact on my life,” said Smith.

Flash forward to today and Jonathan Smith is also serving with the Blenheim Volunteer Fire Company, although his dad has now retired after 32 years of service. He’s also retired from his job as a Delaware River Port Authority police officer.

“I joined because my dad was in there,” said Jonathan Smith. “I got to spend time with my father.”

The younger Smith also credits training he received from the fire company for helping him land his job as a Gloucester Township police officer. He’s one of the operators of the Mobile Command Truck and also belongs to the Office of Emergency Management for the township. He’s also a member of the police honor guard and is a field training officer.

At Blenheim, Jonathan Smith. 29, has served as chief twice but stepped down about a year ago because of a time crunch. He got engaged and also was given increased duties with the police department. Being a chief is much more time consuming that volunteering as a firefighter, he noted.

When he first joined the fire company as a junior firefighter at 16, the main appeal was riding on the firetrucks and wearing a uniform.

“At some point it changed from the oohs and ahs to helping people,” he said.

One of his most memorable calls was during Superstorm Sandy when the Blenheim Fire Company was asked to help out in Blackwood. On one street about 20 houses were flooded. He was then the supervisor on the truck and had his crew pump out the homes, starting with the one that had the most water, he said. It took all day.

“By the time we left, everyone was whistling and clapping,” he said.

Gary Smith and his wife, Denise, are also the parents of Danielle Stausbaugh, a lawyer.

“I couldn’t ask for a better dad,” said Jonathan Smith. “He’s always been there for me, personally and professionally.”

Volunteer and Start Your Own Family Tradition
More volunteers are always needed and there are roles to match your talents. You can serve as a firefighter, junior firefighter, associate member or ladies auxiliary member. Families of volunteers are, of course, as welcomed as individuals. Go to https://firefightersofgloucestertwp.org/ and volunteer today. Firefighting is our passion. Volunteering is our tradition. Make it yours.